Home Business What meetings should i skip when working from home?

What meetings should i skip when working from home?

Sometimes meetings are very effective, but most people hold meetings more than reasonable. 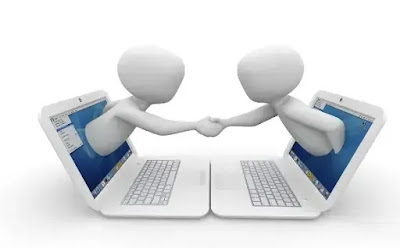 If you've started working remotely with your company in the last few weeks, you've probably felt like adding meetings to your schedule to make up for the lack of interactions that used to happen in the office on a regular basis.

With loneliness ranked as the second most common challenge among telecom workers, according to a survey conducted by social networking leader Buffer, creating more interaction opportunities makes sense.

However, just having more meetings is likely to disrupt your employees' productivity, and may not let them feel lonely.

According to Atlantis Software Development and Project Management, an experienced employee usually spends one to three hours a day in meetings, half of which is assessed as an unproductive time (perhaps even more surprising). According to a study published in the Harvard Business Review, 65 percent of senior managers believe that meetings failed to bring their teams closer together.

While it may make sense to increase your interactions with team members during this exceptional circumstance (corona virus pandemic), you should avoid wasting time in meetings by:

Frequent meetings cause time to be lost, especially when you forget to cancel them, in which case either the meeting loses its relevance, or you won't need it again. If you reset your meetings, you'll notice that some may be important and need to be repeated, and others aren't as important as you thought.

In addition to regular meeting resets, it's helpful to spend time at the end of each week reviewing recurring meetings for the next week, to see if they need to be held that week.

Meetings are annoying because they require everyone present to be at the meeting and watch the same content at a steady pace, at the same time. This is worth stopping your work for when the topics are complex, or when you expect a productive discussion.

However, when the flow of information is one-sided, asynchronous means of communication — such as email, per-recorded video, or audio recordings — are better because they allow people to interact with information at the best time, speed, and at a deeper level.

So avoid meetings where you listen, in the first place, to someone else who's talking.

3. Avoid meetings that are about simple topics:

Simple topics generally do not require much conversation, making meetings on them unnecessary. In your review of next week's meetings, take a test to see if the topics of the meeting are simple or important.

Any meeting covering minor topics should be cancelled from the agenda and compensated for with untimely contacts.

4. Postponing meetings when not all decision makers are able to attend:

According to a 3M study, one third of meetings are not attended by all decision makers. Meeting without the presence of all key decision makers disrupts work, consumes time with little benefit, leads to another meeting, a second iteration of the meeting days or weeks later, or replaced by asynchronous communications.

To avoid attending a meeting that lacks key people, follow developments with your organisation's decision makers when reviewing next week's meetings if you're not sure they're there.

5. Avoid meeting with more than 20 people:

The British historian C. North cote Parkinson described the meeting of 20 or more people as the cause of incompetence, through his experience, as government bodies with more than 20 members had great difficulty in making decisions. The importance of psychological safety for team success also suggests that large meetings are performance-enhancing, with team members feeling safe when everyone is talking for almost equal periods of time, which is impossible when there are so many people.

Although you can't share notes with you when you're invited to large meetings, you can see if someone else in the audience can represent you, or only if you can attend parts related to your work.

Instead of randomly adding meetings to your calendar, use this unique opportunity to correctly determine how much time you spend in meetings.

The right and productive guide to virtual meetings