Is wealth a stroke of luck?

Did Mark Cuban's success come as a result of luck?

Many attributed the success and richness of Mark Cobain , the self-built American billionaire, the son of Russian immigrants who came to the United States with nothing but big dreams — to luck and coincidence. 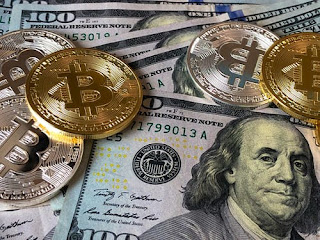 Mark himself responds to the claim that he was lucky to sell his companies, saying where he was lucky when he spent long nights reading manuals using Cisco computers to network computers, when he was working late hours to try computers, understand new software and try to solve their problems, and when he was spending holidays and vacations solving problems for customers, the company, and so on.

The second example is the American with the greatest share of admiration and insults...

Did Bill Gates' success come as a result of luck?

By a small percentage yes, but he worked very hard, and faced many problems. Yes, Microsoft founder Bill Gates benefited from growing up in a wealthy family that made him accessible to computers as a young man, but he wasn't the only one with these qualities, enjoyed by others, but we never heard of them.

Bill Gates didn't sleep his night to wake up and find the DOS operating system works of the same self. Bill Gates didn't suddenly land Windows from the sky. The man has worked hard and solved too many problems to achieve the great wealth he is currently enjoying.

Yes, he was helped by a little luck, as he helped and helped other people, so the question is: how many of them took advantage of all this to be famous like him or more? Is luck alone reason to get rich? Of course not.

(On the side and because we mentioned Bill Gates, in 1997 Steve Jobs returned to run his former company Apple which was a few months away from bankruptcy, if Microsoft, led by Bill Gates, decided to put all the differences behind it and invested $150 million in Apple at the time in exchange for the use of The Phis and Explorer (an investment in the form of capital stocks).

Now, when you find someone who says that he succeeded and got rich just because of luck, know that the one who is actually desperate to succeed too, and so he resorted to this justification to give himself a justification for not succeeding, who can take luck and share in his flavor?

In a funny gesture, the author described the owners of the pedestrian lane as the best customers of the vendors of the enrichment courses for one hour a week or participants in the fictitious multi-layer marketing circles or any material sold in return for the promise of quick affluence with minimal effort.

Money does not bring happiness... Well, so is poverty.

The author believes that happiness lies in 3 things:

The author recounts how his happiest moment was among his family and friends, when he changed their lives for the better. He also recounts how his early retirement helped him maintain his fitness as sport became a constant date every day of his life. As for his freedom to do what he wants and to experience the new ideas without fear of lack, this is in turn a strong reason for his sense of happiness and psychological comfort...

The author returns to emphasise that wealth is priced by effort, fatigue and work, and adds something to him that will bring me and his headache, attack and a lot of perhaps insults:

Wealth is the price of not accepting the job!

The second lane mentioned by the author is the slow warmth of wealth and is based on addressing some of the defects in which walkers fall into the pedestrian lane we mentioned earlier.
The owners of this neighbourhood are the ones who choose an action plan based on completing the study and then the job and then saving and then some investment and then waiting for retirement after achieving wealth (or to bring the idea of raising a million dollars of money).

The author describes the job as a 5-for-2 investment plan or that the employee sells 5 business days of his life for two days of weekly leave in which he is free, owned himself, doing what he wants...

(Blessed are those who have to work on weekends and after hours.

Of course, this is a plan with a negative return. You give 5 days from your age, in exchange for allowing you two days to live for yourself. This is an investment return of 60%.

I spent 5 years in college for... A phone guide?

Shortly before the author graduated from the university, he had a job at an insurance company. He went all the optimistic ally in charge of his operation and said to him: The beginning of any employee with us will be difficult, as we give you 3 things: a small office, a phone, a telephone book.

What you need to do is call these numbers in the directory and establish a relationship between you and your potential customers. You'll do it every day for 10 hours. When you have a good customer list, you'll be promoted.

After a 5-year study, his share is a boring job that a seventh-grader can do?

Others are happy with this job, which pays a fixed monthly salary, pays pension stipends and provides the health insurance that many people dream of...

The author rejected this offer, and if he ever had to call strangers to be turned into clients, he would do so for his own account in his own company...

For decades now, wealthy business owners will tell him that the job is not a disadvantage, that employees are successful and happy, and that God has not created us to be all business owners and entrepreneurs... They will stress the dangers of listening to fans start special projects, such as The Shabby Blog and Those who condemn them.

Get out of the job.

To exonerate, this is the saying of the author, not the blogger...

The author emphasises that escaping from the slow lane of wealth (as well as the pedestrian lane) begins by getting rid of the job.

The author believes that the job gives you little control over your life, and limits your ability to upgrade your skills and raise your level.

Yes, you may have a great job and be the senior CEO and any new characteristic they have invented to give you the inspiration of importance...

This great post you must pay for from your time and from your own life.

When you make a mistake, they'll fire you. When your salary burden increases, they will get rid of you and put your lowest paid place.

The author recalls how in two months of self-made life he learned what he would have learned in 10 years of mobility between jobs. The job requires you to have limited skills in a specific field. Self-determination demands the opposite.

Despite the large aura of the big position, the fate of its owner is tied to the fate of the company. If the company happens and loses, he loses his big job and if he doesn't jump off the sinking boat, he'll drown with it.

The author believes that when a self-made man loses his company, he will have learned a lot to help him when he founded the next company. Self-determination is not an instrument of forgiveness that you buy, so you are guaranteed success from the first, second or third time.

Before I say the following, do not rush and execute the author's request to leave the job before you read his whole book, his next book and the story of his success, until you understand his purpose clearly and accurately...

Here's where I say break and then we continue...